Netflix has once again been embroiled in a cunning phishing email scam.

The email gives the appearance of being sent from the streaming service and advises Netflix has been blocked because of a problem with billing.

“We’re having some trouble with your current billing information. We’ll try again, but in the meantime, you may want to update your MASTERCARD in your payment details,” the email reads. 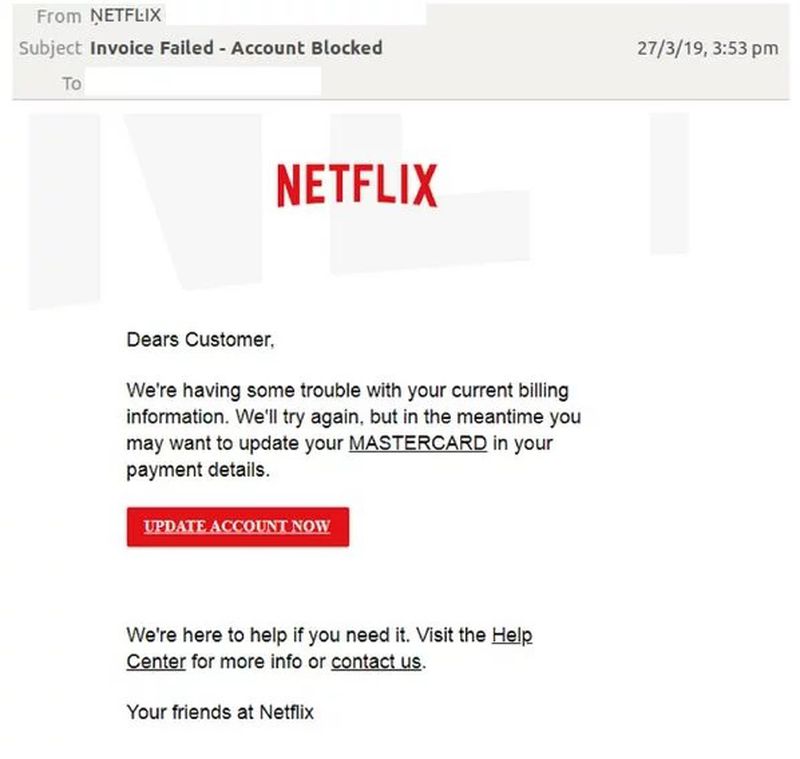 A copy of the scam email. Mailguard (Nine/Supplied)

Unsuspecting recipients who click on the “update account now” button in the email are redirected to a phishing site page hosted on Blogspot, which could be used to harvest personal details.

“The emails use a display name of ‘Netflix’, however several special characters have been used to obfuscate this. The email actually comes from what appears to be a compromised email account,”  Mailguard explained.

While the email has Netflix branding, there are several red flags to indicate it’s a scam.

“There are several grammatical and spelling errors within the body, such as ‘Dears Customer’. Spacing errors are also present throughout the email,” MailGuard explained.

The email is very similar to another Netflix scam from earlier this year, which also told victims their account has been suspended in a bid to lure them to a phishing page. 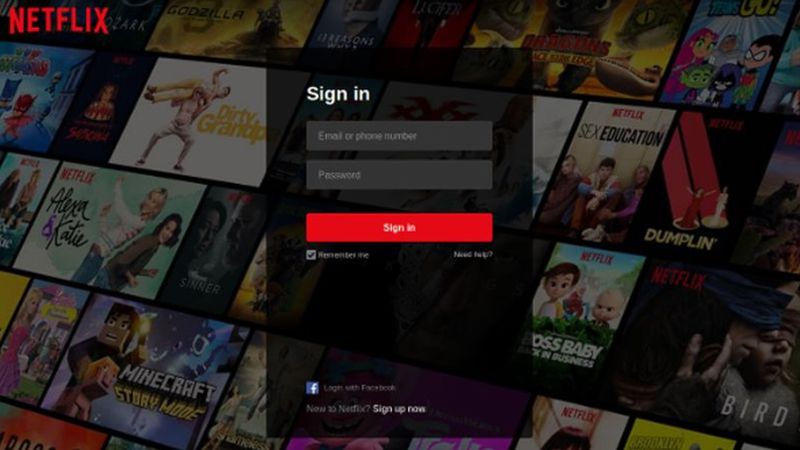 The fake login page has been designed to look authentic. (Nine/Supplied)

A spokesman from Netflix said while it takes security seriously, the popularity of the brand makes it a target for scammers.

"Unfortunately, scams are common on the internet and target popular brands such as Netflix and other companies with large customer bases to lure users into giving out personal information.

"Members who want to learn more about how to keep their personal information safe against phishing scams and other malicious activity can go to netflix.com/security or contact Customer Service directly."

WHAT YOU CAN DO TO AVOID SCAMS

- Avoid clicking emails that are not addressed to you by name, have poor English or omit personal details that a legitimate sender would include - you can always phone the organisation to double check it's official.

- If you do click the link and are taken to a login page, take an extra moment to stop and consider what you’re handing over.

- Report the scam to the organisation and Scamwatch.